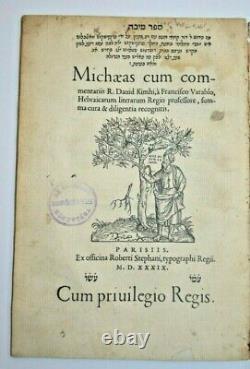 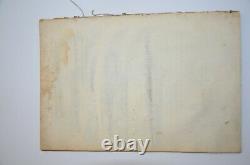 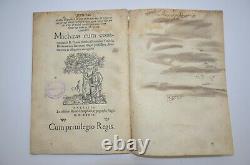 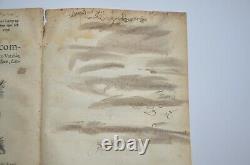 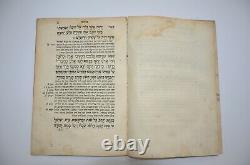 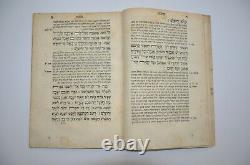 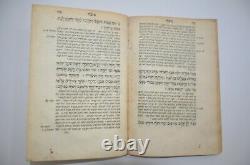 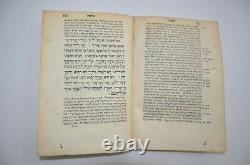 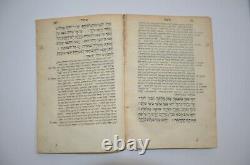 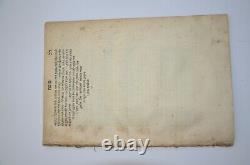 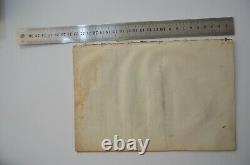 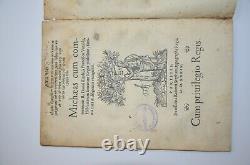 1539 1ed Rob Estienne HEBREW Bible Jewish Kimchi Commentary Judaica. Printed in Hebrew in Paris. The uniqueness of this Bible is that David Kimchi's commentary had significant objections to Christianity. Signature in very ancient handwriting. Nice copy in good condition. One parts of the Bible printed by Robert I Estienne (Paris 1503 - Geneva September 7, 1559), also known as Robert Stephens (Latin: Stephanus), was a 16th century printer in Paris. He was the first to print the Bible divided into standard numbered verses. Early on he became acquainted with the ancient languages, and entered the printing establishment of Simon de Colines, who married his mother upon his father's death. He corrected the edition of the Latin N.

This work was the first occasion of the endless charges and recriminations of the clerical party, especially the theological faculty of the Sorbonne, against him. At the time the Church forbade printing the Bible and providing it to the average person, because they feared people would misinterpret it.

[citation needed] In 1524, he became proprietor of the press of his father. In 1539 he adopted as his devices an olive branch around which a serpent was twined, and a man standing under an olive-tree, with grafts from which wild branches were falling to the ground, with the words of Romans 11:20, Noli altum sapere, sed time. Be not high-minded, but fear.

The latter was called the olive of the Stephens family. In 1539, he received the distinguishing title of Printer in Greek to the king. But the official recognition and the crown's approval to his undertaking could not save him from the censure and ceaseless opposition of the divines, and in 1550, to escape the violence of his persecutors, he emigrated to Geneva. With his title of "royal typographer" Estienne made the Paris establishment famous by his numerous editions of grammatical works and other school-books (among them many of Melanchthon's), and of old authors, as Dio Cassius, Eusebius of Caesarea, Cicero, Sallust, Julius Caesar, Justin, Socrates Scholasticus, and Sozomen. Many of these, especially the Greek editions (which were printed with typefaces made by Claude Garamond), were famous for their typographical elegance.

The first two are among the neatest Greek texts known, and are called O mirificam; the third is a splendid masterpiece of typographical skill, and is known as the Editio regia; the edition of 1551 contains the Latin translation of Erasmus and the Vulgate, is not nearly as fine as the other three, and is exceedingly rare. It was in this edition that the division of the N. Into verses was for the first time introduced.

A number of editions of the Vulgate also appeared from his presses, of which the principal are those of 1528, 1532, 1540 (one of the ornaments of his press), and 1546. The text of the Vulgate was in a wretched condition, and his editions, especially that of 1546, containing a new translation at the side of the Vulgate, was the subject of sharp and acrimonious criticism from the clergy.

On his arrival at Geneva, he published a defense against the attacks of the Sorbonne. He issued the French Bible in 1553, and many of John Calvin's writings; the finest edition of the Institutio being that of 1553.

This item is in the category "Collectibles\Religion & Spirituality\Judaism\Books". The seller is "sc3007506" and is located in this country: IL.