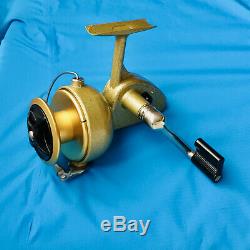 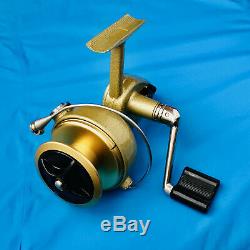 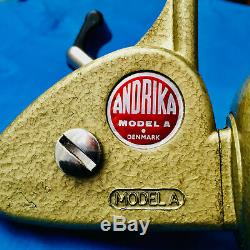 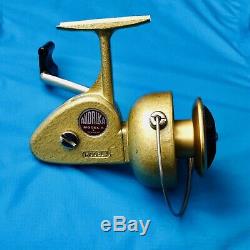 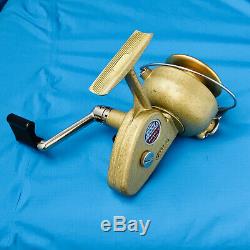 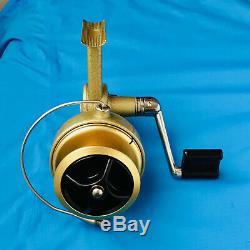 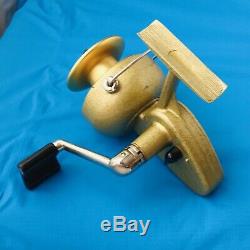 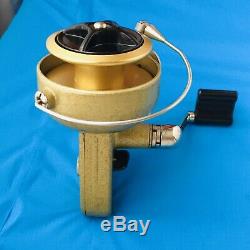 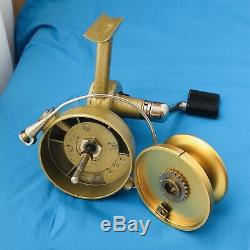 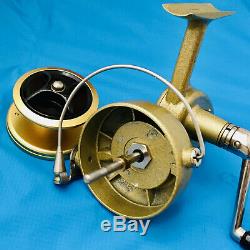 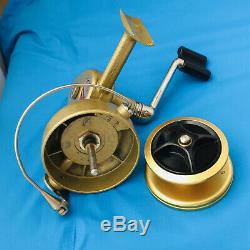 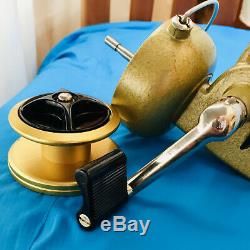 Very rare made in Denmark by BMV, this model A Andrika was, according to internet sources, only made for the American and Canadian market between 1956 and 1957. Further, it is only one of around 2,000 of these reels ever made. What appears even more remarkable is that this particular reel shows strong evidence of being used very little.

The spool doesn't look like it's ever had line on it; outside of a few very slight scratches, it appears brand new. Wear between the drag tension spring, drag nut, and spool is so slight that it seems unlikely anyone ever used it. Overall cosmetics are excellent, including the "Andrika" sticker, unscratched reel foot, and very clean crank knob. The body and rotor have a few small areas with slight scuffing, and the main bail screw was scratched, apparently by a too-small screwdriver.

Mechanically, the Anti-Reverse works great, including the clicker that makes a nice sharp, distinct sound. The bail spring is strong and the bail wire releases easily and reliably every time.