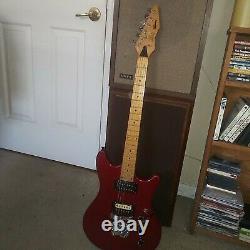 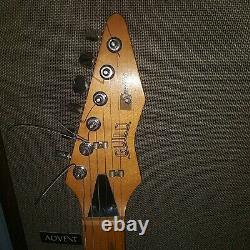 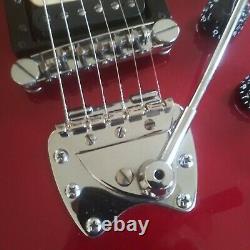 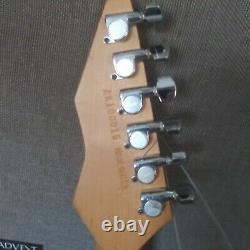 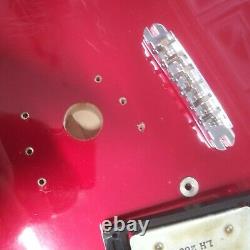 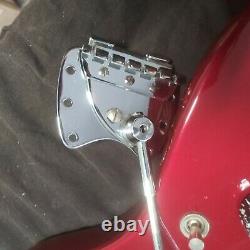 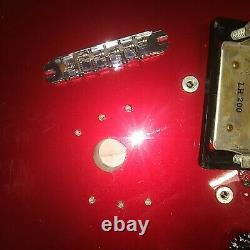 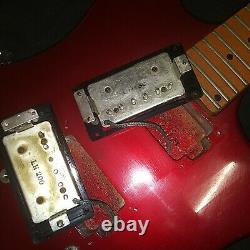 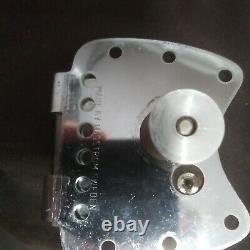 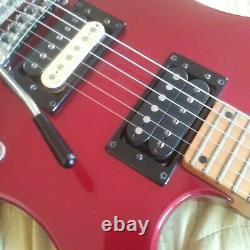 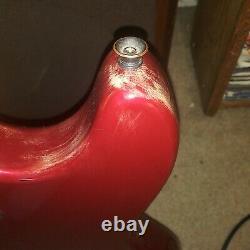 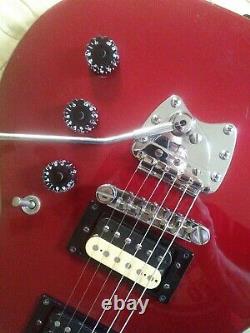 Up for sale, RARE, 1983 S260 according to Guild Archived serial numbers. This is designated as a 1983 Guild S260 Sprint number 15 of only thirty made in 1983. One year production only at the Westerly Rhode Island plant. I believe this is true, ive only seen a couple of thes ever, and ive seen and had quite a few Guilds. Im a long time Guild lover and have had many over the years. I grew up in New England, this guitar brand is dear to me, anyway as most Guild people, or others who know about Guild guitars of the period, they would make custom orders and one offs with unique and sometimes strange options from time to time, not necessarily making them more valuable, but making them unique and collectible. This one is no exeption. The S260 was made one year only and had a run of 30 units, supposedly all 30 were sunburst, with HH configuration, no pickguard, 3 control knobs, 22 fret rosewood board, Guild bridge, Guild branded tuners, and tailpiece, pickups im not sure about, there isnt much information on these. Some say they were put together at their repair shop.

Others have said the S260 is really a Guild S25 body with a different Bolt on neck like a Strat. The larger rear cavity cover, im told it is probably an S25 body, the S260 import bodies had a smaller cover, ive heard a few conflicting stories from people who have actually seen this guitar.

Any way ive only seen a few of these anywhere , including a1983 Eric Clapton catalog ad? They also used the Sprint name as was used on other Guild guitars at the time making the model hard to trace. Ive seen only sunburst versions, 1 with a pickguard and 22fret rosewood neck and Guild bridge and tailpiece and one sunburst with out pickuard and a 24 fret maple neck, both are bolt on type. The one I have is Candy Apple Red, looks to be original paint, starting to thin, and crack in areas like most of the finishes on these at the time, this also has a 24 fret maple bolt on neck, and it has a vintage 60s? Hagstrom tremolo system that Guild used earlier on the Thunderbird, Polara, etc, in the 60s? It looks to be Original, no plugged or drilled holes or mods, its original to the guitar. Ive attached pics of routing of bridge and tremolo. They are stamped lh150 and lh200.

I do not believe they are ESP/ LTD as one might think. It has the orginal Guild tunematic bridge in nice shape, and guild branded tuners. A few of them still have protective wrapper on them. The stamped Hagstrom tremolo is near Mint, its missing the holdown screw, couldnt locate it.

One may never know, all I know is this appears to be all original with no mods other than the pickups? The Hagstrom tremolo is really cool. While everybody wanted Kahler tremolos, this was fitted with 60s era Hagstrom tremolo. As far as the condtion, maple fretboard has some wear, as well as the frets, plenty of life left.

Guitar has what is believed to be original candy red paint with red clearcoat fading to the gold applied undercoat can be seen, neck is straight, body has some minor scratches, dings, finish checking, very presentable. As i said not sure of the pickups. This guitar has no extra holes or routing bridge and tremolo are believed to be original to the guitar. One backplate screw is missing electronics look to be original guild. This serial is stamped on the headstock appearing to be number 15 of a 30 unit run in 1983. I have only seen 3 S260s ever, never a red one , especially with an optional tremolo, 24 fret maple board , and no pickguard. These were some strange times for Guild as they were trying to compete with other guitar giants. Anyway i hope you enjoyed reading this. The guitar plays great, has new strings, may need to be setup to new owners preferrence. This is one cool guitar, it belongs in someones collection, or deserves to be played. Not like the new machine made junk out there being made today! See photos, please feel free to ask questions, or comment, as they are part of the description. I just love these old guitars. Time to let this one go.

You won't be disappointed. The item "Vintage, Rare, 1983 GUILD Westerly USA S 260, S25, original Nice" is in sale since Monday, December 13, 2021. This item is in the category "Musical Instruments & Gear\Guitars & Basses\Acoustic Electric Guitars". The seller is "imasniper2012" and is located in Sanford, Florida.

This item can be shipped to United States.